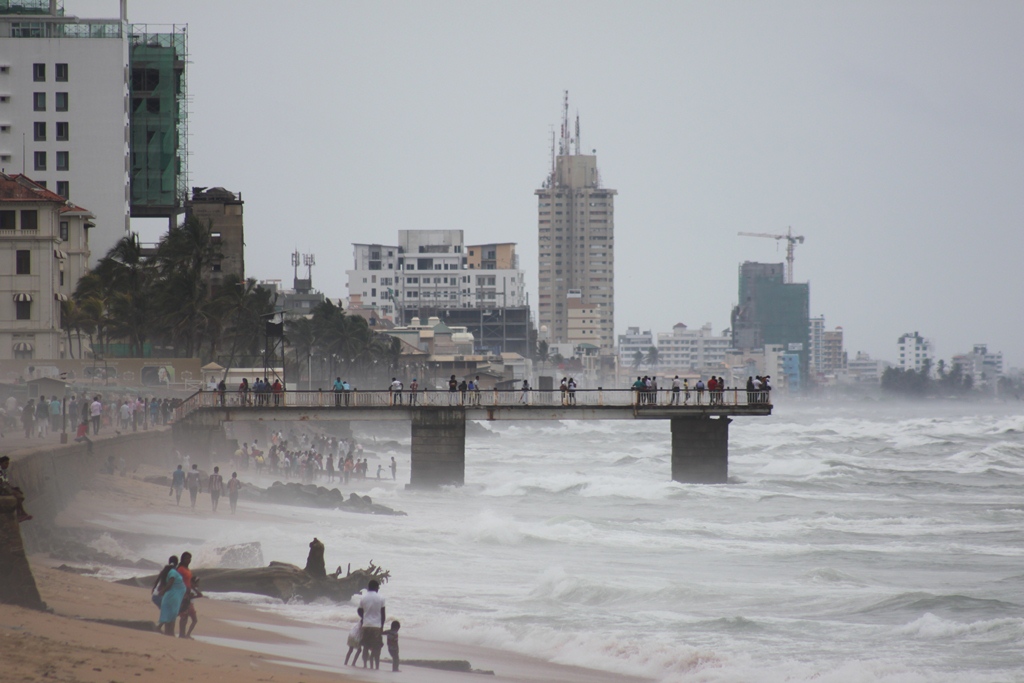 This has been a busy week with fieldwork, travel and working on our business. Last evening I caught up an aidworker friend, who is taking a break from the regular string of assignments by doing something different – consulting on projects which are easy in their pace and aren’t quite critical as the ones he has been working on in troubled geographies like horn of Africa and South Asia. The conversation led to some insights into the civil situation in countries that he has worked in and incidentally they are those in which we plan to expand our scientific instruments business. Businesses and aidwork have a lot in common we find. With this, Sri Lanka was back in our discussion, which made me realize that it has been over two months since I traveled to this country and over a year for my friend @praveenasridhar. So, we had three different points back in time to talk about this country, with the aidworker amongst us having seen some serious action as we worked in Jaffna during and at the end of the war against LTTE. The three of us seemed to agree on the fact that it is essentially a military rule in the country and could get more stifling as the country goes ahead. The military pervades all the sectors of their economy.

A new found assertiveness (perhaps military regimes are always so) and a trend of being vocal about its position on larger issues which have implications in the international arena can be seen. The Chief of UNHCR’s visit and the British Prime Minister’s visit during the recently concluded CHOGM are two instances. India’s Subramaniam Swamy, a senior BJP leader was in Colombo participating in a defense seminar organized by the Sri Lankan army apart from UNHCR’s visit during the time I hung around on the streets of Colombo and counting the number of heavy duty cranes dotting the city’s skyline from the Galle Face road to the port. Both these visits made headlines in the daily newspapers and for reasons which the Sri Lankan government is sure very edgy about. The country has apparently moved on except those whose family members have disappeared, killed and who turned refugees in those years of the war. The senior politician from India spoke of India’s stand on the Sri Lankan tamils – that they should expect no support from India and that the expression of concern in Tamil Nadu for their cause was a ‘knee jerk’ reaction by the local political parties. This was interesting because it came just a day ahead of India’s offer of building two submarines for Sri Lanka in its Goa shipyard. These are in addition to the two warships given to Sri Lanka in 2007.

Eight weeks later, we hear the Indian PM announcing that he will not attend the CHOGM. This speaks volumes about the messed up situation back home in India when bilateral relations with Sri Lanka are concerned. The ruling UPA government chooses not to attend CHOGM in Sri Lanka (no reasons given, as far as I know) and a prominent leader of opposition party on a visit to the country says India has moved on and supports the Sri Lankan government. This is quite frustrating as this flip-flop has affected business between the two countries.

After the war, the country is booming with economic activity especially large infrastructure projects. Almost all of them have gone to the other big neighbour of India. In addition to this the perception of Indian businessmen in Sri Lanka is that of opportunistic men with little business ethics to show. In the post-war Sri Lanka there are good chances that rule of law and economic growth will pick up and the country might even race ahead in measures like FDI, exports and revenues earned through the major port project in Colombo. Elsewhere, the Indian automobiles company Mahindra and Mahindra launched several of its models in the Sri Lankan market today. They are bullish on the market here. Observing the general business environment and markets here has been a very interesting experience. Colombo’s skyline is a busy sight. Construction cranes working in all directions, Chinese workers, a massive theatre still being given finishing touches, a busy management and finance faculty at the University of Colombo and with the massive port cranes shadowing from the western end, the economy seems to be picking up traction.

All of these could generate tremendous business opportunities for small companies like ours. Indian diplomacy as well as the government is to be blamed for not making good use of this opportunity. The strong and forceful voice of the regional parties from Tamil Nadu is a major impediment to the process. This is not to argue that we must turn blind to the human rights abuses that have happened in the war. But hasn’t India dealt (and traded) with nations proven to have engaged in human rights abuses earlier? What of the business with Myanmar? India has perhaps the strangest ways in its diplomacy. And as we try venturing into newer geographies this ambiguity and strange behaviour on the international front is being felt stronger.

So, going ahead small companies like ours would benefit immensely if the diplomacy and bilateral relations between the two countries are not arbitrary. The game is different for large companies as they have the resources and size to get in without much requirement of facilitation from their home governmnents. Bilateral relations should definitely have a long term view than looking at smaller and politically inconsequential events like CHOGM. This wasn’t so crucial politically for India but nevertheless could have sent a very positive message (of India being a responsible, valuable partner in the group and available as a support for smaller countries) had the PM attended it. The other aspect is that of using its size and power responsibly. A similar arbitrariness is prevalent in India – Bangladesh relationship as well. It is about time that Indian diplomacy starts working for its small and medium enterprises than printing those blue catalogs and organizing boring expos on business opportunities in the subcontinent.

On a sharper note just one way that Indian missions abroad could have helped (no, those FICCIs and CIIs are not for the smaller fishes like us. They are too busy abroad for their patrons than helping smaller companies in a proactive manner) is – when we got into the country looking for opportunities to do business, a small information booklet on business in Sri Lanka and current trade including a directory of companies in the country could have been very helpful. Next, they could back us up with introductions and meeting facilitation with Sri Lankan businesses. Whereas, the fact is that one needs to make a great effort in getting in touch with Indian officials in that country for whatever reason that one might want to.